All JTX fitness equipment comes with a 28 day returns policy. We will arrange the collection and offer a full refund, minus our collection costs.

We are knowledgeable and passionate about fitness. We try our best for our customers and we fix our mistakes.

Free delivery service when you spend £99 or more. Find out how our delivery partners are responding to the Coronavirus pandemic in your area.

If your machine develops a fault, we will arrange for a specialist engineer to fix it in your home, free of charge.

This week marks the inaugural women's sport week. Between the 1st and 7th of June women and girls of all ages are being encouraged to get involved with all kinds of sports and physical activity. It’s a week of action to celebrate, raise awareness and increase the profile of women’s sport. We've come a long way...

In 1973 Billie Jean King changed the course of women's tennis and sport as a whole. She wanted to prove that men and women deserved to be treated as equals, in and out of sport.

Former world number 1 tennis player Bobby Riggs found joy in expressing his position that the women's game was inferior to the men's. He challenged King to a 'Battle of the Sexes' showdown match. The winner would receive $100,000. For King the game was not about the money but creating respect and championing equality for women.

The match transcended tennis. It broke down the simplistic and offensive gender stereotypes expressed by Riggs about women in sport (“the best way to handle women is to keep them pregnant and barefoot”) that were applauded by many. Off the back of King's win came a boom in women's sport. She turned around the perception of women in tennis and sport in general. She was a positive role model for change who went on to found the Women's Tennis Association, demand equal pay and encourage others to step up and take their place in the sporting arena.

Tennis is one of the foremost examples of equality in sport. Billie Jean King went to bat for gender equality and to this day we are still making strides in the right direction because of her push. Andy Murray, one of the world's leading male tennis players now has a woman, Amelie Mauresmo, as his coach. Something that would have been unheard of in the past.

It's not just tennis that's breaking down barriers. The FIFA Women's World Cup is just around the corner. It's a huge sporting event that has more broadcasters signed up to air its coverage than ever before. In the space of 10 years the sport has moved away from the highly questionable comments of one Sepp 'female players should wear tighter shorts to improve the viewing figures' Blatter to becoming a part of mainstream culture.

It was announced recently that Fifa '16 will feature women's national teams for the first time ever. Fifa is the best-selling sports video game franchise in the world.

This is a significant mark in progress of the game. But, it's still a long way off from a full representation of women's football. And there are still some making themselves and their sexist opinions known over social media. The negative backlash that came from the announcement did not go unseen. It has however been widely disregarded as sexist and small minded commentary.

It's all progress. But we still need to keep pushing the boundaries of women's sport that are regrettably still in place.

The change and action that is happening can completely inspire a new generation of young athletes.

Wildfang, the women's clothing brand, has released a campaign called 'Got #Gameface'. It's aim is to capture the raw human potential in rising young football stars. It exhibits photo's and statements such as “When I grow up, I want to be an architect and a professional soccer player” from 14 young athletes aged 5-14 the moment right before they step out onto the pitch. The photographs are described to show each girl exactly as they are: powerful, competitive, and totally badass.

It bodes well. Attitudes are changing and #WSW2015 has given a louder voice and more visibility to women's sport. Role models like Jessica Ennis, Nicola Adams, Laura Robson, Nicole Cooke are at the forefront of British sport . #WSW2015 is being talked about all over the web and is proactive in making continuing change but there's still a long way to go.

What are some of your sporting achievements that you're proud of? Let us know in the comments, share this article and you might be able to inspire someone else. 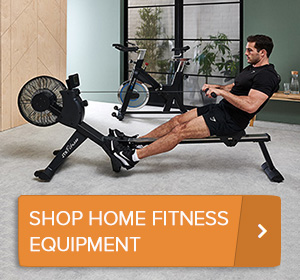